This week, a groan went through the ranks of many developers. Apple surprised with the release of the iOS 12.2 Beta 1 version and its new improvements regarding Progressive Web Apps. Yes, read correctly! The company from Cupertino has decided to equip the new iOS version with some long-awaited PWA features in the future. That comes as a surprise! After all, Apple took almost a year. To date, users have had limited access to Progressive Web Apps on their Apple device. That’s about to change – even though not all features are fully supported yet compared to Android users, e.g. sending push notifications. We have listed which changes will be made to PWAs under iOS 12.2 here:

Web share
PWAs in the new iOS version are able to activate the native share menu. So you are able to share links in the form of text, audio and video files instantly and easily and forward them to e.g. your friends in other apps.

PWAs don’t forget anymore
Soon PWAs under iOS 12.2 that you have placed on your home screen can keep their current state in the background. For example, if you open a PWA, exit it and call it up again a little later, it will show you exactly where you left the app before. Before iOS 12.2 Beta 1 it was not possible for PWAs to keep their state and had to be reloaded over and over again.

Links can be called within the PWA
With iOS 12.2 you call up an external link and stay inside your PWA and don’t “leave” the web app environment. This is due to the fact that a so called in-app browser switches in between and offers you the optimal PWA experience. Until now, a link has been opened in a new Safari tab, which offers you the possibility to return to the PWA (via Back button).

Navigating through gestures
If, for example, you have opened an area in your PWA and would like to go back a step, you can now do so by wiping the display. This makes sense if there is no Back button on the screen. So you can switch from one page to the next within the PWA environment. This makes the handling of PWAs under iOS 12.2 much more user-friendly compared to before.

Other features besides PWAs

The new iOS version also comes with other small features. For example, improved search suggestions in the Safari browser. When you enter a search term, Safari automatically suggests a few more (marked with a blue arrow). If you choose one of them, you’ll still have the option to customize it and then run the search. In addition, the HomeKit has been optimized for playback on your home TV. TVs that support AirPlay 2 and the HomeKit then allow you to view your content from your Mac, iPhone, etc. directly on your TV without an Apple TV. An air quality index is displayed in iOS 12.2 in Apple Maps, transactions in Apple Wallet are displayed more clearly, the Apple TV Remote has been redesigned to fill the entire display, and you can control Apple Music’s music completely from the Siri user interface.

That remains to be seen. In any case, it’s a big step for Apple to have moved closer to PWA technology and opened up to it. PWAs under iOS 12.2: that’s what many have been waiting for. After all, competitor Google is leading the way in this respect and is always pushing the development of progressive web apps. Of course we’ll keep you posted on our blog about Apple’s next steps. 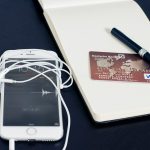 Google Play Store offers Space for Progressive Web Apps (PWAs)Apps, Google, News, Porgressive Web App, PWA, Web Apps
We use cookies to ensure that we give you the best experience on our website. If you continue to use this site we will assume that you are happy with it.Ok
AppYourself GmbH hat 4,26 von 5 Sternen | 76 Bewertungen auf ProvenExpert.com
App Entwicklung, App Agentur, App Programmierung, App Baukasten, App Plattform