Mobile Payment: What is it?

Mobile Payment (mobile payment) means nothing else than that you process your payments with your smartphone. You can either pay directly in an online shop via smartphone or you are in a shop directly on the spot – called Point of Sale (POS). But not only for transactions of any kind you can use the mobile payment, it is also suitable to strengthen and positively influence your customer loyalty. In this context you might have heard the so called wallet apps before. What this looks like exactly, we would like to look at in this article.

Wallet Apps as a digital Wallet

Wallet apps can be found on both iOS and Android devices. In these you can store means of payment like your credit card or your PayPal account or digital cards like tickets, customer cards and flight tickets. The use of such wallet apps seems almost infinite. Information from stored customer cards can be used, for example, for other customer loyalty programs. Simply put: wallet apps enable you to collect points for a digital loyalty system. The special thing about wallet apps is that their content stays alive. A stored customer card can, for example, send a push notification to remind the user of a new or current discount that can be redeemed in the shop. The user or consumer is then directed directly from the smartphone to the shop.

For companies, digital customer cards mean greater transparency and the opportunity to offer their customers targeted, individual offers, e.g. via push notifications. Each card or pass is provided with an individual barcode and thus it can be traced at any time which offer of customer card A has just been redeemed or which ticket was cancelled at that moment. This is also a great relief for users. They don’t have to leave 100 cards in their wallet that they might lose or forget. They have everything they need on their smartphone – anytime, anywhere.

Wallet Apps from Apple and Google

Both Apple and Google offer their users a corresponding wallet app solution.

Google also has its own wallet solution. If you have an Android device, you can also store your credit card information as well as tickets and flight tickets in it. Since April 2019 tickets and bonus cards from Gmail are also read in automatically. If, for example, a user wants to delete an e-mail containing a discount, the Google Pay App warns the user that the discount will be lost if he deletes it.

Both mobile payment methods are based on the NFC (Near Field Communication) standard. This enables contactless payment by smartphone. Basically, payment over short distances is described here, e.g. the distance between your smartphone and the terminal of the supermarket checkout.

Wallet apps are a very safe method. They also send the payment data via an encrypted connection. For larger amounts there is an additional PIN query. Should the smartphone get lost, only small amounts can be withdrawn from the account. However, you should still report the loss to your bank.

Mobile Payment not Widespread in the USA

Although Apple Pay and Google Pay have made enormous leaps in many countries worldwide since last year, the USA is not very convinced of mobile payment. The study by Civicscience stated that 67% of Americans are against the abolition of cash. Another point is that until now, debit cards and credit cards have been much more popular and used than other payment methods. According to the TSYS U.S. Consumer Payment Study of 2018, 54% of customers prefer the debit card and 26% of customers use their credit card in order to make a purchase. In addition, merchants need the appropriate hardware and software to offer mobile payment to their customers. This is exactly where the problem lies: many merchants are unwilling to invest these costs or they are comparatively more expensive than the existing ones.

A great example of such a wallet app is the digital members club of Gastrag AG. The membership card of the club can be stored as a wallet card in the wallet apps of Apple and Google. Coupled with a Progressive Web Apps, personalised offers can be sent to members.

By default, we do not offer a mobile payment solution via Apple or Google Pay. We can develop a suitable solution for you as part of our custom app development. 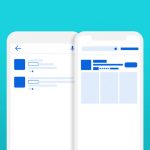 Search Ads from Apple and Google: Promotion of your app in both App StoresApple, Apps, General, Google 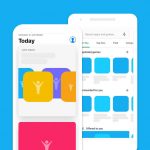 ASO (App Store Optimization): Strong brand presence in both App StoresApp Store, Apple, Apps, Google
We use cookies to ensure that we give you the best experience on our website. If you continue to use this site we will assume that you are happy with it.Ok
AppYourself GmbH hat 4,24 von 5 Sternen | 78 Bewertungen auf ProvenExpert.com