Create An Android App Or An iOS App?

As soon as companies decide to develop an app, the following question arises: for which operating system should the app be developed? For the Android or for the iOS system? Our app platform offers companies the easy possibility to develop their own app for both platforms. Furthermore, it can also be equipped with individual app features and functions. But what about app development in general – far away from the app platform? We would like to take a closer look at this in order to give you an impression of what should be considered when developing an app.

Develop An App For The Apple App Store Or Google Play Store?

Apps can be created for both App Stores and submitted to them. However, there are differences between the two systems. This not only affects the development environment, but of course also the process of submitting an app once the app is finished. First of all, the app must be developed “twice”. Once for the iOS system and once for the Android system. This is of course very tedious and can also be very costly – depending on the functionality. Furthermore, the submission process at Apple is much more tedious than it is at Google. Therefore – as we have experienced – it is not surprising that an Android app is available in the Google Play Store within one or two days. In the Apple App Store, on the other hand, the app can appear in the store within 14 days.

Creating An App: So What Should You Start With?

First and foremost, it should be clarified which functions and features the app should have and what added value the users receive by making this app available. This is an essential element for both App Stores to ensure that the app can be successfully submitted. But how do the operating systems differ so that companies know which OS they should develop their app for?

Google on the other hand works with an open system. This means that more individual developments – tailored to the user – are possible. Developers can exchange ideas and Google encourages them to further develop or innovate the Android system, see Progressive Web Apps. This means of course that more functions or modifications are possible. The only disadvantage is that the open system is much less secure than a closed system – due to the amount of people who have access to it.

There are various app monetization models for an app, such as subscriptions, in-app purchases or app downloads. But which model is suitable for the iOS system and which is more suitable for the Android system?

Develop An App For iPhone

Monetization through app downloads is suitable for the iOS system. Due to Apple’s pricing policy, it is assumed that users who purchase Apple products are also willing to pay more for an app than Android users. At the same time, it is assumed that paid iPhone apps will increase interaction with and time spent on the app.

According to Statista Google had a global market share of 89.5 percent in the first three quarters of 2019, while Apple had only 10.5 percent. With this impressive figure, it is not surprising that the monetization model makes the most sense, for example via in-app purchases for Android apps (because it is automatically distributed to more users). In addition, more apps for free are also included in the Google Play Store, which is also reflected in more app downloads. Free apps invite you to be left behind quickly – especially if they don’t offer any added value. App developers try to avoid this by providing upgrades or a larger range of functions via in-app purchases.

Develop An App: Rather For iOS Or More For Android?

First of all, there is no general answer to this question. No matter for which system companies have an app created online – it requires detailed planning and analysis as well as a marketing strategy. Which target group should be reached by the app, under which operating system is the target group more often to be found etc.? In this context, the question of which app monetization model is possibly the most promising can be answered.

Develop An App: Which System Should You Choose?2020-02-132020-02-13https://appyourself.net/wp-content/uploads/2021/06/new-logo.pngAppYourselfhttps://appyourself.net/wp-content/uploads/2020/02/develop-an-app-ios-android-header.jpg200px200px
THE COMPANY
BECOME A PARTNER
THE PRODUCT
APP VERSIONS
SUPPORT
MORE INFO
CONTACT & SERVICE 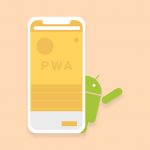