On Google Chrome 70, PWAs are enabled by default on the desktop

With the new version of the Google Chrome 70 browser, Progressive Web Apps for the desktop are now enabled by default. While PWAs were already available on your smartphone, Google has now taken the step for desktop users. Once you visit a website from your PC, it’s easy to find out whether it’s a PWA or not. So far, however, only Windows 10 and Chrome OS users are eligible. For MacOS and Linux, full support will come with Chrome 72.

A PWA or Progressive Web App is a mobile optimized website that has features of a native app. This means it looks like an app, can be used just like an app, even though it’s a website. So you don’t have to go to an App Store of your choice to use a PWA. Now you can simply place a website on your desktop via Google Chrome 70 and always have it ready to click. The PWA does without typical browser elements, e.g. URL bar and navigation – as soon as you open it for the first time directly from your desktop.

PWAs for the Chrome Browser for Android smartphones were already supported at the beginning of 2017 and later activated as standard. Users of a desktop PC first had to wait a little longer. Only under the version Chrome 67 PWAs could be installed and used via desktop. With the current version 70 also PWAs are activated by default.

How to install a PWA under Google Chrome 70

Since PWAs are not declared as such in the browser, you don’t know at first if the visited website is a PWA or not. Nevertheless, it is very easy to find out. While you are on a website, you simply call up the menu (three points at the top right) of Google Chrome 70. If you find the entry “Install XYZ” in the menu, then the website is a PWA. After you have “installed” the PWA, it appears as an icon on your desktop. With a click you call it up and you will see that the controls described above such as URL bar and navigation are no longer visible. Furthermore, the PWA is even more deeply integrated into your operating system to allow you for example the offline mode or the notification via push notifications. 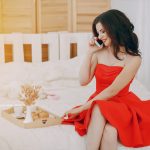 Your own hotel booking app will advance your hotel businessApps, News, Tips, Uncategorized
Our marketing automation: let your app work for you, lean back and relaxApps, News, Tips