With the new Chrome version 72 it is now possible for developers to develop progressive web apps for the Google Play Store. The Trusted Web Activity (TWA) interface is responsible for this. Two years ago the TWA was presented at the Chrome Dev Summit 2017 by Google developers with the words: they are currently working on it. Let’s take a closer look at what’s behind it and how it works:

The technology behind it

Now let’s go back to the TWA interface: it is supported by the Chrome Custom Tabs and should make it easier for developers (less writing of code like JavaScript or Kotlin) to publish PWAs in the Google Play Store. TWA has access to all Chrome features and functions which are not available under WebView. These include web push notifications, background synchronization (information is sent and displayed as soon as the user has a stable connection), automatic filling of forms in Chrome and the web share function (websites can access the native sub-function of apps). More information about Trusted Web Activities, WebView and Custom Tabs can also be found in this video from 2018 of the Google Chrome Developers:

All apps in one place: native apps and PWAs come together

TWA paves the way for both progressive web apps and native apps to be found in one place – the Google Play Store. A nice approach, especially since most users automatically think of an app store when they hear the word app. Meanwhile, there are already PWAs available in the Google Play Store. These include Twitter Lite, Instagram Lite and Facebook Lite. However, these progressive web apps still use the WebView technology mentioned above. They also contain a lot of native code, e.g. to allow notifications in the form of push notifications.

The developers at Google spare no effort to further advance the progressive web app technology. On 01.02.19 Paul Kinlan (Lead of Chrome Dev team) had acknowledged via Twitter and confirmed TWA under Chrome 72. 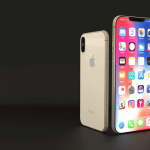 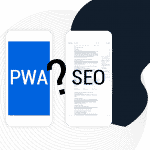 Are Progressive Web Apps the Better Websites for SEO?General, Porgressive Web App, PWA, Web Apps
We use cookies to ensure that we give you the best experience on our website. If you continue to use this site we will assume that you are happy with it.Ok
AppYourself GmbH hat 4,24 von 5 Sternen | 78 Bewertungen auf ProvenExpert.com