The fact that web apps play an important role for Google can be seen above all in the development of progressive web apps (PWA), in which the Internet giant played a leading role. Google is now working to focus even more on web apps. The Chrome browser forms the basis and should equip the web apps with many different functions in the future and ensure that web apps can integrate even more strongly into the user’s operating system and act independently.

What is the path for them?

At the Chrome Dev Summit 2018, the Google team presented new APIs that are still under development. These clearly show in which direction it should go: more powerful applications that are in no way inferior to native and desktop apps. We take a quick look at the APIs Google is currently working on:

Web Share Target
Web apps should register in the user’s operating system and be automatically included in the parts dialog of the OS. Sent user data will then be processed and loaded directly from there.

Wake Lock
Currently web apps are treated like normal websites. Mobile devices go into sleep mode after a long period of inactivity to save energy. With the Wake Lock technology, they should now automatically prevent the switch to sleep mode.

WebHID
Web apps should connect directly to local hardware such as USB or Bluetooth powered devices.

Writable File API
In the future, web apps will be able to access and describe local data. This will connect them even more closely to the operating system.

Google as a pioneer and what do other browser providers do?

Google spares no effort to drive this development forward and is keen to make it a standard. That’s why Google works closely with other browser providers such as Microsoft and Mozilla. Apple’s involvement with their Safari browser is not yet clear. Users can probably look forward to the first tests soon before the new web app functions are fully rolled out. 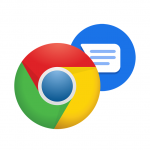 Messages from Google is now also available as a PWA on the desktopApps, News, Porgressive Web App, PWA 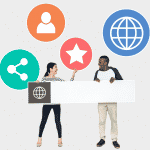 Why Companies Should Invest in Progressive Web Apps (PWA)Porgressive Web App, PWA, Web Apps
We use cookies to ensure that we give you the best experience on our website. If you continue to use this site we will assume that you are happy with it.Ok
AppYourself GmbH hat 4,25 von 5 Sternen | 79 Bewertungen auf ProvenExpert.com
App Entwicklung, App Agentur, App Programmierung, App Baukasten, App Plattform