iOS supports progressive web apps. Apple has now announced that PWAs will be running under the new iOS version 11.3. The Safari browser 11.1 included in this release now also supports Service Workers. These allow PWAs to run JavaScript in the background, even if they have not been opened by the user. For this reason, it is possible that the web apps also work smoothly in offline mode. Regardless of whether they are used regularly or rarely. Sounds great, doesn’t it? But unfortunately it doesn’t work under iOS as well as under Google’s Android operating system. Compared to the Android system, iOS deletes the cache (memory) of progressive web apps if they have not been used for a certain period of time. This means that all stored data is lost and the PWA will be reloaded the next time it is called up (via the home screen). Beside this the offline mode isn’t still working and you still can’t send push notifications under iOS.

Another problem
Apple has three essential components to display web content: Web View (browsers such as Chrome or Firefox), Web.app to display apps on the home screen and the Safari View Controller (click on a link within the PWA). These three work completely separate from each other and do not share the service workers or cache of the respective progressive web apps. This means that when an app user calls up a PWA under iOS, he or she does not receive one but several copies of the same app.

How is this possible?

Michael uses a progressive web app like Twitter Lite. And calls it up via his iPhone by using the Chrome Browser. He already has the first copy of the PWA on his smartphone. If he now adds it to his home screen, he receives the second copy. By clicking on another link within the PWA, copy number 3 is stored on his iPhone. If he closes the PWA, it must be reloaded next time.

It’s nice that Apple is now taking the step towards progressive web apps, but at the moment these steps are anything but user-friendly for the user of the apps. Of course, comprehensive support from the PWAs under iOS could also eliminate an important source of income for Apple. Finally, the company earns money from native apps. It remains to be seen whether Apple will continue to approach the topic of progressive web apps or whether the slogan iOS supports progressive web apps will remain a dream, however. 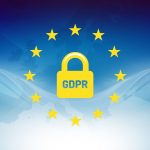 New EU General Data Protection Regulation – what you should knowTips