In mid-December 2018, the contactless online payment service Apple Pay made its debut in Germany. Customers can now simply pay at the checkout in the supermarket or in an online shop via smartphone or smartwatch. All they have to do is scan their own credit card into the digital purse (Apple Wallet) of a compatible iOS device. The prerequisite is of course that your own bank supports Apple Pay or that Apple works with it.

Many banks offering Apple Pay as an additional payment system were positive about the numerous registrations and uses. Although they are not allowed to publish exact statistics – Apple has strictly forbidden this – some rough data can still be given.

Deutsche Bank announced that its credit card portfolio had increased by 7%. Comdirect bank was able to register five-figure registrations directly on the first day, with 100,000 registrations or registered devices now reported. The internet bank N26 made a statement that they had noticed a significant increase in new customers. However, not only banks, but also pay apps, e.g. Boon, benefited from the launch of the online payment service Apple Pay. In the first few hours they were able to register 20 % more users.

In addition to Apple, Google had already launched its Google Pay payment service in Germany in the summer of 2018. Among the partners were Commerzbank, Comdirect, N26 and Boon. At first only the credit card could be deposited, a little later PayPal was also integrated as an additional means of payment for the customers. Android smartphones from version 5.0 Lollipop support Google Pay. Furthermore, the mobile phone must have an NFC chip in order to carry out the contactless payment process. 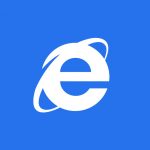