2015 was the year in which the Progressive Web Apps – or PWA for short – were first presented to the public by Google developer Alex Russell. The then new technology positioned itself as a revolutionary and completely web-based app alternative to native apps. A fact that many major brands recognized and even started to invest in the implementation of a Progressive Web App. The market research institute Gartner then made the following forecast:

“By 2020, Progressive Web Apps will replace 50% of all consumer-facing native apps.”

Progressive Web Apps will have replaced 50% of all customer-oriented native apps by 2020. To what extent this prophecy has come true, the company AppYourself, which also relies on Progressive Web Apps and supports their establishment, has taken a look. The big question here was: have PWAs strongly influenced the app market in the last five years or did they fall short of expectations?

Compared to native apps, Progressive Web Apps do not rely on an App Store, but can be accessed in the mobile browser. The installation of a RWA is done by confirming an installation banner, which displays the PWA on the home screen of the smartphone and add it to it. If the PWA is on the home screen and is called from there, it is indistinguishable from a native app. Just like native apps, Progressive Web Apps can be used for booking travel or transactions in an online shop – even in offline mode or during a slow Internet connection.

It is clear that Progressive Web Apps have made a lasting impression in the app world. The prospect that apps will be found on the World Wide Web from now on, effectively removing the inhibitions of an App Store download, prompted major brands such as Trivago, Twitter and Flipkart to develop PWAs. The booking portal Trivago was able to increase its click rate on booking offers by 97%, the short message service Twitter sold 75% more tweets via the PWA and the e-commerce company Flipkart achieved a 70% higher conversion of users who had stored the PWA on their smartphone. These results are impressive and show that companies are willing to invest in mobile web applications and pursue the “mobile first thought”. Despite these remarkable results, the expected revoluBion in the app Parket did not take place completely.

Ignorance of the companies

Our experience shows that many companies are not aware of what PWAs are and therefore hardly provide any information to their customers and other stakeholders – with the exception of the large global players. Medium-sized or small companies have certainly heard of the technology, but often use their existing resources for other areas than implementing a Progressive Web App in the company. Rhe tech blog medium shares this view. Recently, t3n also published an article about PWAs and their status in 2020 – again, it showed that PWAs are far from where Gartner has seen them.

Cost advantage over other vendors on the market

The development of a complete app can quickly cost several tens to hundreds of thousands of euros depending on the range of functions offered by various providers on the market. By focusing on the individual app feature, on the other hand, a more cost-effective and faster alternative is created. Compared to other providers, a cost advantage of at least 50% can be achieved.

According to AppAnnie’s State of Mobile Report 2020, 240 billion apps were downloaded in 2019 alone – increasing global app downloads by 45%. So it’s no wonder that many users still associate the term app with the idea of an App Store. Receiving an app via the mobile browser has not yet become firmly established in their consciousness. Microsoft and Google are trying to overcome this hurdle by also offering Progressive Web Apps in the App Store. This approach means that users do not have to give up their usual search behaviour for an app. Apple, on the other hand, continues to rely on the distribution of native apps via the App Store.

PWA or native app: depending on use case and type of use

Depending on the use case and how apps are used, it can be decided whether a native app or a progressive web app should be created. Most users book a trip only every few months. For these temporary users, a PWA is therefore more suitable than a native app, which is perhaps only called twice a year. A shop where users shop regularly is therefore more suitable as a native app. However, the type of app best suited to this purpose must be analysed beforehand – user data, e.g. which end devices, number of users and the length of time users spend there, provide information. A tip: Companies that still have a static and non-responsive website should convert it to a PWA. Faster and also more stable loading times ensure that users stay longer on the PWA and possibly make a purchase.

Various online directories list different PWAs. One of the best known is PWA Directory. PWAs can also be found when searching the Google Play Store, e.g. Google Maps Go – the slim version of the native app Google Maps. Unfortunately, it is not possible to track exactly how many Progressive Web Apps are now published in the Google Play Store. However, it can be assumed that the amount of PWAs does not exceed the approximately 2.9 million native apps in the Google Play Store in 2019. Nevertheless, Progressive Web Apps have shown that Web Apps also have their right to exist. PWAs have not yet started a revolution in 2020 and native apps have overtaken them. At the moment, PWAs and native apps live together in a large app ecosystem and are used by businesses depending on the use case and available resources.

Suspended is not Postponed: Looking to the Future

Although the PWA technology offers many advantages and the results achieved speak for themselves, it has not yet reached the point where Gartner saw it years ago. But that doesn’t mean that Progressive Web Apps will not play a role in the future. On the contrary: Google’s developers are working on further improvements, connections to native APIs and other web standards that are compatible with PWAs and could make native apps redundant in many are. 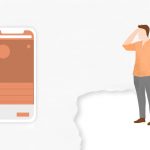 Mobile Status Quo 2020: in which direction are we moving?General, News 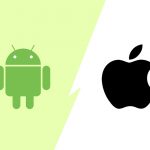 Develop An App: Which System Should You Choose?App Store, Apple, Apps, General, Google
We use cookies to ensure that we give you the best experience on our website. If you continue to use this site we will assume that you are happy with it.Ok
AppYourself GmbH App Entwicklung, App Agentur, App Programmierung, App Baukasten, App Plattform hat 4,16 von 5 Sternen 67 Bewertungen auf ProvenExpert.com