Facebook’s PWA is being rolled out

There are times when you want to install an app on your phone and then again moments when you want to quickly visit the mobile website without going to the App Store and installing the app. Maybe it’s the same with Facebook? Facebook has now reacted and – after Instagram and Google+ already came up with a PWA – made the step towards Facebook PWA with the mobile website. At the moment, however, Facebook’s PWA is still in the test phase and will certainly be adapted accordingly in the next few weeks.

Just as you are used to a PWA, you can put the Facebook PWA on your home screen. A banner will appear asking you to do so. You don’t have to, of course. 😉 Once this is done, you have the PWA icon on your home screen and can start the PWA directly from there. You will notice that the PWA takes up the complete display size and the URL bar is no longer available. This is also the difference to a bookmark: for example, if you bookmarked Facebook earlier, an icon consisting of the Facebook and the Google Chrome logo appeared. As soon as you called the bookmark, a new tab opened and the URL bar was still visible.

But if you say now: it doesn’t work for me. I don’t see a clue. Don’t panic, there are several reasons:

(*) As soon as Google realizes that you interact sufficiently with the PWA, the hint pops up and you can drop it and use it as described above. You can’t force it. So, wait and see what’s going to happen. 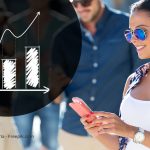 Be even more successful with a Progressive Web App (PWA)Porgressive Web App
Hungry guests? They can place orders via your own delivery appNews, Product, Tips