Be even more successful with a Progressive Web App (PWA)

The following forecast by the American research company Gartner shows that Progressive Web Apps (PWA) will play an increasingly important role in the app market over the next few years and will change it:

Whether the hotel search engine Trivago, the business magazine Forbes or the microblogging service Twitter – many companies have already taken the step of using a PWA and are thus very successful on the road. More revenue growth, more sessions per visit and faster download times compared to the native app or mobile website show how promising Progressive Web Apps are. Loading time in particular is a decisive factor that affects the user experience. 53% of users jump off immediately if a website takes more than three seconds to load. So it makes the difference whether users register, make a purchase or just look at the competition. The Progressive Web Apps, on the other hand, are called in less than three seconds (with the second call). For example, Forbes’ PWA loads in 2.5 seconds compared to its previous mobile website with a total of 6.5 seconds.

The PWA as an aid against app fatigue

Add to that the famous app fatigue. You will only have the apps installed on your phone that you use frequently. Especially apps in the categories Communication and Social Media like WhatsApp or Instagram. But that’s about it. The same image will be reflected on your customers’ smartphones. Hardly anyone will look out for new apps in the App Stores. This is exactly where the PWA comes into play! Your customers save a time-consuming search or installation. They simply call up your PWA in the mobile browser and off you go. You chat with each other, your customers order something via your app or you send a current offer via chat or push message. And so they don’t lose sight of you, they can simply put your Progressive Web App on their home screen. They don’t even lose much storage space because Progressive Web Apps consume up to 92% less data than ordinary apps.

Almost daily there are new messages about PWAs – the latest being that Google Photos is available as PWA. Companies are well advised to take a closer look at the Progressive Web Apps. Not only because of the various possibilities of interaction with customers, but also because a PWA eliminates something decisive: programming and maintenance costs of apps for different operating systems. The PWAs are created once and can be used on all platforms. Android, iOS and most recently Windows Progressive Web Apps are now supported. The only downer: Push notifications are still not supported under iOS.

Our mobile dashboard: chat quickly with customers and send offersUncategorized 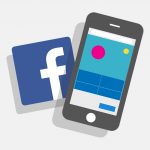