Ever heard of Google messages? This is Google’s messaging app that lets you send SMS and MMS messages from your smartphone. You can also chat with your friends and family as you would with other messaging services. Previously available as a native app on the Google Play Store, you can now use it as a PWA for your desktop. With the new version of Google Chrome 70, you can even install it directly on your desktop. In our blog post On Google Chrome 70, PWAs are enabled by default on the desktop, we have reported about the update of Chrome.

Windows and Chrome OS yes, MacOS and Linux no – until now

Unfortunately the support under MacOS and Linux is not yet available. Users of these operating systems look into the tubes if they want to test the PWA on their desktop. However, if you are a Windows or Chrome OS user, you can simply visit this website and click on Install Android Messages in the Chrome menu. The Google messages PWA will be placed on your desktop and you can start chatting. From the appearance it looks like an app without the annoying browser elements like navigation and URL bar.

At the moment this is very limited (except for sending chat messages, SMS and MMS). For example, Messages does not yet offer an offline mode or other additional functions that are characteristic for a PWA. This is a pity, but still the step towards a cross-platform application shows itself. As soon as MacOS and Linux are fully supported, this gap closes. In addition, Google only makes the third Web App compatible as a PWA available with messages. Google Photos and Google+ have already appeared before. It remains to be seen to what extent Google will undertake to make other in-house web apps available as PWAs. 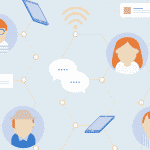 Our marketing automation: let your app work for you, lean back and relaxApps, News, Tips 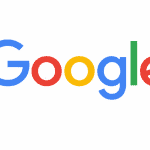 Google wants to give web apps even more power in the futureNews, PWA, Web Apps
We use cookies to ensure that we give you the best experience on our website. If you continue to use this site we will assume that you are happy with it.Ok
AppYourself GmbH hat 4,25 von 5 Sternen | 79 Bewertungen auf ProvenExpert.com
App Entwicklung, App Agentur, App Programmierung, App Baukasten, App Plattform