Guideline 4.2.6 from Apple: Meaning for AppYourself

UPDATE: Submission possible. Simply create your app and submit it to the Apple App Store.

Apple complicates the submission of apps in the App Store

With the introduction of the new policy 4.2.6, Apple has taken a step further to keep unwanted apps out of its own app store. These include spam apps, imitation apps and apps that have no added value for smartphone users. Apple even goes one step further with the policy and now also targets apps built using an online building set system. The directive states:

“Apps created from a commercialized template or app generation service wants to be rejected.”

This includes apps that have been created with the app builder AppYourself. Apple’s denials have risen dramatically in recent weeks, with the company citing the above-mentioned policy. This phenomenon affects not only AppYourself, but also comparable platforms of all competitors. According to Apple, such “kit apps” have no appreciable functionality or interactivity and thus no added value for the smartphone users. However, a detailed review of the affected apps is not done. This behavior of Apple comes as a surprise for us and is in no way traceable. In recent weeks, the rejections have risen massively. That’s why we decided to stop the iOS Submission completely. This means that apps can no longer be submitted to Apple’s App Store.

As a result, we’ve focused on creating Progressive Web Apps. Our three packages (Starter, Business and Professional) allow you to create a Progressive Web App – with all the familiar features of a traditional app. Our PWA already has all the native app features such as customer management system, messenger, push messages, as well as the integration of the smart widget. If you want a native app, this is still possible as an additional service. For an Android app will be charged in addition to the selected package once 50 €. Please contact our support after you have booked a package to submit your app to the Google Play Store. The application submission on iOS is now much more difficult and time-consuming to meet Apple’s guidelines. Further information about the packages can be found in our price list. The creation and submission of a native iOS App with AppYourself is therefore only possible on request. You are welcome to arrange a free consultation. 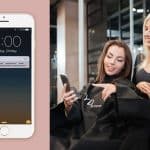 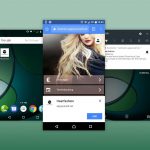 Progressive Web App: Standard since the beginning at AppYourselfGeneral, Product