Progressive Web App: Standard since the beginning at AppYourself

Progressive Web Apps are currently on the go and are developing into a successful mobile trend. As a “sibling” of the native app, they have, besides their simple handling, many functions that will strongly influence the world of apps and app stores in the coming years. We at AppYourself are involved with this development and have equipped our already existing web apps with the chat function, digital stamp card, user profiles and customer management system. So our web apps have evolved to Progressive Web Apps. This makes them interesting applications, which can be used ideally for interaction with customers and customer contact. The main characteristics of a Progressive Web App is featured below.

What is an Progressive Web App?

Many experts have already tried to find a suitable explanation. Often you hear something like: “A Progressive Web app combines the best of the Web and an app.” What?! We try to describe it: basically it is a website that combines the features of a native app. That is, it behaves like an app, it can rely on typical app features such as the chat function as well as device functions, e.g. camera, can be accessed. Compared to its native sister, it also has other features: on the one hand it is always kept up-to-date – manual updates are thus a thing of the past – and on the other hand, it also works offline and in the middle of the subway, if the Internet connection is not so fully developed. It is simple and inexpensive to create. What’s special about it is that the web app does not have to be searched or downloaded to the smartphone. Whether it’s a smartphone, tablet or desktop PC, it can be accessed directly via an Internet browser. A simple example: an app user calls up the web app of his or her barber via the Google search to arrange an appointment or to look at the opening hours. He or she can make it as a native app on his homescreen (with confirmation on the Add button) and has his “app” always and immediately in view. Please note, it’s up to Google when the “add to homescreen banner” will appear. The following screenshots illustrate this: 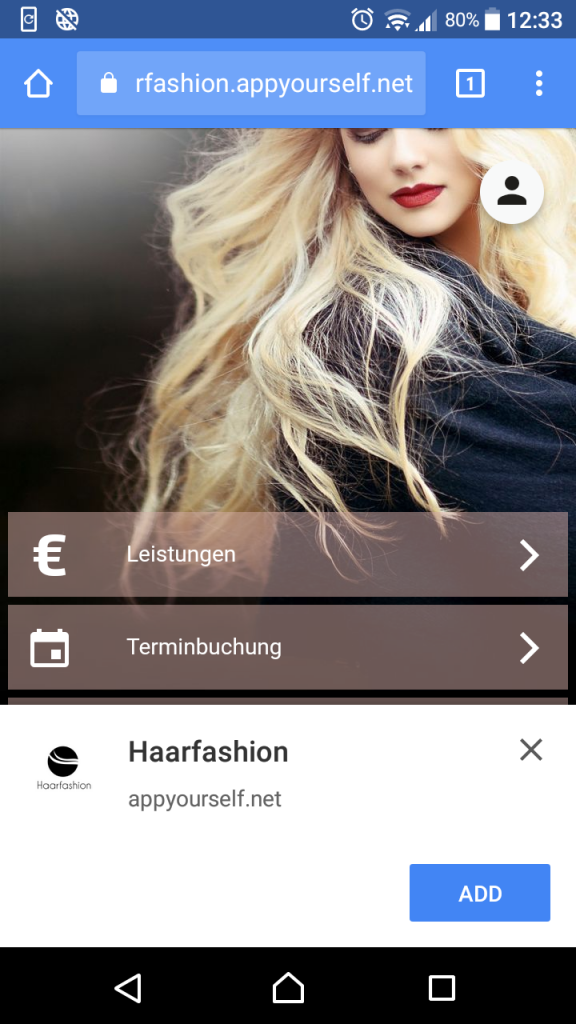 The Progressive Web App also adjusts itself exactly to the app user and its terminal. Long-running scrolling, poor presentation of texts, and pixellated images are now a thing of the past. In addition, the user can fill out his profile or call up any module via the web app. With the help of the stored information from the user profile, individual offers and actions can be sent via chat or push notfications. First of all, a visitor is asked if he wants to receive push notifcations. By clicking on Allow, he will now receive messages. As an example – what this would look like – we have it illustrated with some screenshots: 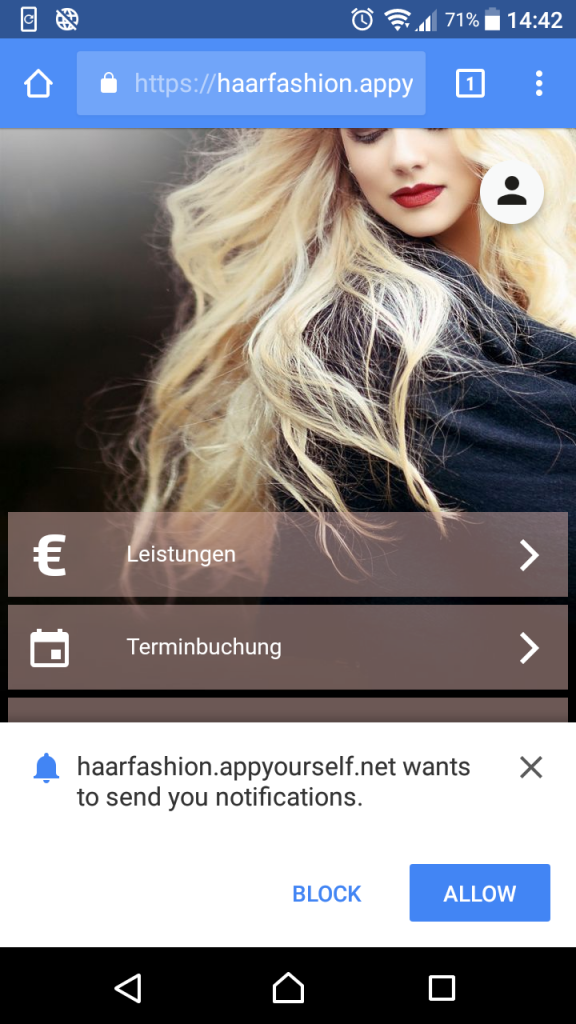 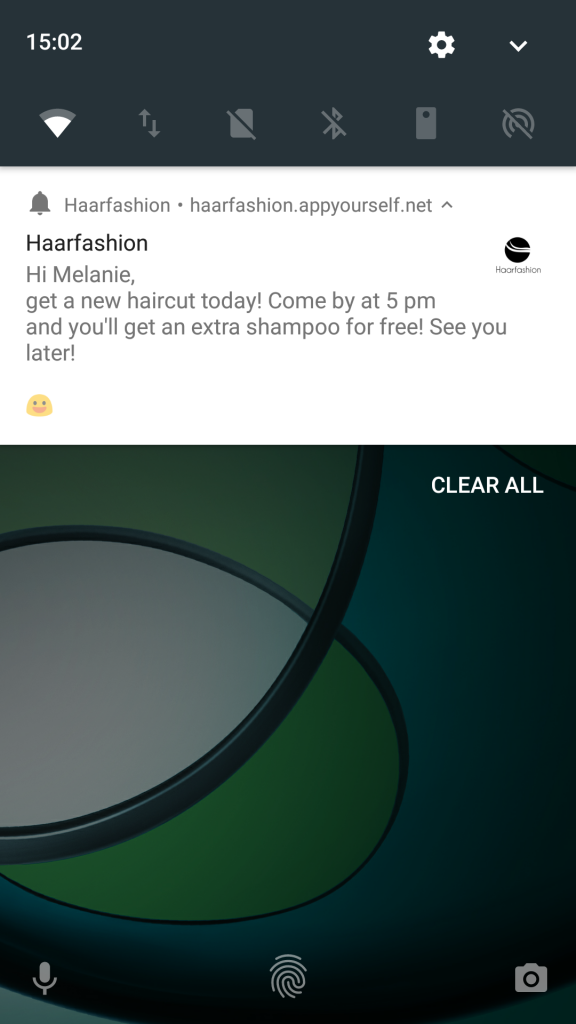 Until now, however, Progressive Web Apps are only supported by Google’s Android operating system. Under Apple’s iOS, app users are not yet enjoying the full range of functions. However, we assume that Apple will not be long in coming to offer Progressive Web Apps. One thing is certain: Progressive Web Apps can dramatically improve the reach, as “normal” Internet users can access it. They are also taking a further step towards usability. A direct approach to a customer is possible as well as an increase in customer loyalty – via a digital stamp card. 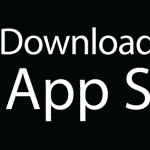 Guideline 4.2.6 from Apple: Meaning for AppYourselfGeneral 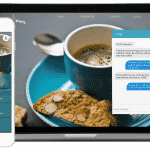 Smart Widget: your own website as an appUncategorized
We use cookies to ensure that we give you the best experience on our website. If you continue to use this site we will assume that you are happy with it.Ok
AppYourself GmbH hat 4,26 von 5 Sternen | 76 Bewertungen auf ProvenExpert.com
App Entwicklung, App Agentur, App Programmierung, App Baukasten, App Plattform